It seemed that the next few years flew by.  school life was back on track and social life too. Yes there were restrictions but I still had fun and my childhood was pretty good really! Family life was difficult at times but who’s wasn’t right !So I went throughout the next two years pretty steadily with regular hospital check ups and changes to medication level as I grew. When I was 9  I was taken ill again. It had happened over a few weeks but I ended up again in hospital but this time not for too long.I had appointments to go back for tests which i did. The tests were quite nasty and now at age 9 i had learnt that hospital were not good nice places to be as i always came out with holes in me somewhere and hurting for the things they did. I did always had some soft disney toy or other that was great for distraction. I didn’t care that most kids thought 9 was too old for toys such as disney and soft bears… i embraced the lot disney and sparkles all the way. There were lots of tests that they done on this round of my MOT.  The one i remember vividy was one that provoked my seizures. It was an E.E.G but they made me stop all my medication. Then when i was all hooked up they flashed a light in my eyes…. i can’t remember anything beyond that point !Becoming older I understood more and more which was not necessarily a good thing! When the results of the tests came back it was revealed that my epilepsy was generalised but originated from the temporal lobe. There were lots of medication available at that point so i was put on some different pills and life carried on.After 4 weeks i was the liveliest i’d been in years… we didn’t realise it at the time but the previous medications had obviously made me more tired than i should have been. I was happy real happy. I had always loved dancing and i’d joined the local dance school at 6, but i was now dancing better and enjoying it more. Age 10 i also joined the local karate class. Here i met lots of new friends and thrived at being a little karate kid. I zoomed through the first grades and was taken to all the local competitions. age 11 i went to regionals and won! the next 6 months were run up for the semi finals. I loved the lot and had a fab day despite getting up at 4 am! i came 2nd in the combat sparing and 1st in kata. Mum and my instructor could not have been happier as we were not expecting it after getting up so early and the long journey ! My next appointment at the hospital i proudly put on dr terri’s desk my trophy and medal with a photo of me and the rest of the team. Dr terri replaced the old regional phot with the new semi final photo and was also thrilled. No medication change was needed and once again life continued on a upward roller coaster.I was full throttle in with my karate and was loving every minute of it… I was going to competitions every week and even went to a big competition in London, this one didn’t go too well as i was 3 times smaller than my opponent and ended up in the ambulance corner where i got patched up ready to do my next competition entry: kata. Despite the cuts and bruises from the fighting i came 3rd in the kata class so it was worth going especially as it was such a huge competition.My love at the moment was dancing. id only recently started competing but was doing ok. In fact I had a dancing partner, he was 2 years older than me but we were a good match. We both done really well with our routine and thrived in rock and roll. Competed in many competitions School was also great. Apart from seizures when I was poorly with cold, flu or had an infection. Anyway school went well and from 5th year on I had no more seizures… the new medication had worked ! I was delighted as were my family. I got to do things I hadn’t in a while and I was slowly weaned off the tablets that I had been taking for over 6 years!. Life was great, and I going off with my friends on our own…I was getting a bit of independence. A happy ending? 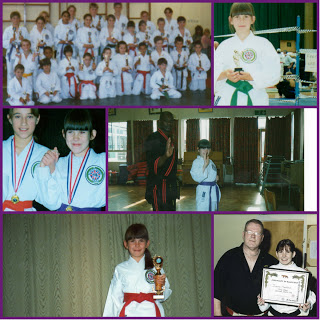