I came home from London with relief and sorrow.
I had the ok for oxygen, but i also had more pills to take. I was now on a total of 19 a day. If they help i don’t care i said.
A few weeks on and a little improvement was seen on the seizures. I had to up the dose of the medication and they meant 22 pills a day but who cares little improvement is better than none.
I was still getting a few absence seizures but i didn’t even bother to say about those any more.
When i was on my menstral cycle the generalised would be worse. The oxygen however meant that my headaches were able to be controlled a little. Sometimes the oxygen got rid of the headache totally. Was i about to get back to work and have a life?
Although i knew deep down a normal life was still far ahead i was getting braver. I went out down the street and posted letters by myself. I went in shops on my own knowing mum was just in the nearby area. I  done craft fairs in public, went shopping and as long as someone was about life was good.
The medication wasn’t perfect as i did have breakthroughs but i went from 5-10 seizures a week to 2-3 big seizures a week. Thats a big improvement.
The oxygen also meant that recovery was quicker. Mum use to grab the mask and give me oxygen when i had a seizure and we found this helped this too. We both started to relax.

February 11th 2012.
After a lovely but difficult christmas came the new year. My friend Matt had become my boyfriend on New years eve and I couldn’t have been happier. I was going out and really living life. He knew me from school (total of 16 years) and he had grown up with my seizures so all was good. 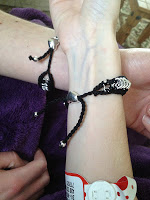 Over the christmas period i had a few blips and had to spend a couple of days in bed as i was too bad after the seizures but i bounced back. Febuary was different though.
Matt and I were dating and our first valentines day was planned to be great. However 11th february 2012 i was taken into hospital. The seizures wouldn’t stop and  again hospital was the only option. I went through the same process as always, anticonvulsants in a drip over night and a couple of days in hospital. i got out of hospital on the morning of 14th february (valentines day) this wasn’t going to be the day we planned as i was too weak but Matt came over nevertheless and we had a lovely evening watching a film. I was happy.
I was a bit disheartened by this blip as i thought we’d cracked it as the seizures had reduced  little and i thought i’d just up the medication and that would be it, but I didn’t give up.


As soon as i was well enough matt and I were off doing things and Kara and i started crafting again. I Started to craft more seriously and sell a few bits too.
Id stopped going to WI as it was getting the same and mum wasn’t fussed so we chose to spend the joining fee on some show tickets throughout the year instead.
Kara and i were still best buds and soul sisters and she introduced me to a amazing craft place. the craft box . You paint pottery then the lady puts it in the kiln and it comes out shiny and looking amazing. We went there often and i started to go there  solo too as Kara could not always do it as she had so many other commitments to clubs and social groups such as drama and craft. 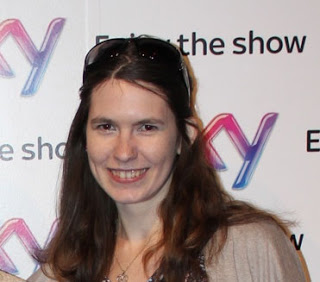 We didn’t always craft. we went to the cinema and shopping and other places too. We even went to the o2 arena and watched disney on ice. It was great Kara was becoming as mad on disney as i was. I felt sorry for her mum as she had the job of taking us but she seemed to love it too. it was a really good day. 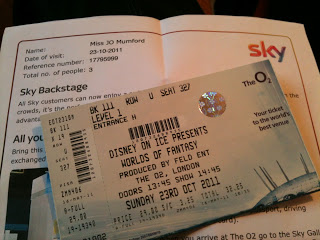