Life can be stressful. But this week proved to be more stress that even I could have bargained for.
Ive been manically organising and preparing for the fundraiser I am doing for Epilepsy Action.
Its called Jo’s Epilepsy Awareness tea party. I am doing it as part of epilepsy actions tea break however I thought the idea of a coffee morning was too boring and while I was laying in my hospital bed in July thinking what I could do I came up with what ive ended up with!

I am having craft stalls bric a brac and sales tables, tombola, glitter tattoos, name the bear, quiz, sweepstake, tea coffee refreshments and cake and live music. its all a lot to organise and plan. Despite it all being written on a piece of paper looking all neat and tidy with coloured pencils I have a conservatory full of untidy boxes, tables, epilepsy table, raffle prizes, tickets and all sorts of things i didn’t plan for!.
Ive been working so so hard i’m exhausted which makes emotions run ragged and then the events that have happened this week were just enough to make the tears run. Anyway let me tell you about the fundraiser.
My friends and family and neighbours have been amazing. They have been turning out their draws and cupboards to find things for me to sell and raffle and use that is why I  have boxes everywhere ! when we started mum said to me… we don’t have enough to sell ( id started collecting things and i knew we would have enough) however by the end of sorting through bags of stuff from my lovely neighbours we had plenty… in fact we had 2 tables, one book case and a clothes rail full of things to sell !

It was all worth it in the end though all the hard work, preparations and organising. We had crowds of people turn up despite the yucky weather and it was a happy day had by all. I was literally run ragged by the end of it feeling quite unwell but I enjoyed every minute.

The whole reason i started fundraising and raising awareness was I went to America in May – June 2009 and out there my life was totally different. Everyone knew what epilepsy was and how to deal with it. they all knew i wasn’t drunk or a lunatic and they helped instead of running away.
This is what awareness can do.

At the fundraiser there was also a epilepsy awareness stall. it had information, photos and info on from when i was in hospital. it had teddy bears with EEG wires and all sorts of info and leaflets for people to read, take and learn.

I really hope that on Saturday I made a difference to a few people, the way they think of epilepsy and maybe taught people something. I hope i raised a little more awareness. I know I raised some more money for the cure…. so far we are nearly at £300  ! and im still counting.


So was there anything I was disappointed about? just one.  The people who I support in whatever they do did not come. not even a sorry couldn’t make it on my FB page. Also my mums side of the family didn’t support, not one of them. it just shows that there is so much more work to do !

for now id like to just leave you with 2 words. 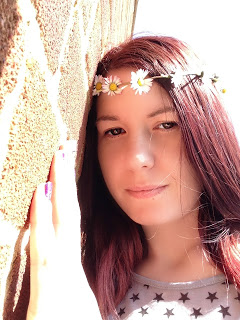 This Blog is about my life and ride with Epilepsy. Through my own personal journey with epilepsy I want to help other people and let them know they are not alone. So many times i have felt alone…. even in a crowded room, vulnerable… never knowing when a seizure will strike.Ive been writing long before blogs were invented but it is only recently I discovered the impact that a web journal or “blog”  can have on the areas i cover in my writing. Especially on subjects close to my heart that need help to be published and awareness raised. I entered the world of “internet and epilepsy awareness” about a year ago and discovered truly that I wasnt alone. There are other people out there thinking the same as me. Struggling like me. This writing has previosuley only been my personal Journal, however through gaining confidence from the people i’ve met online and with the urge to raise more and much needed awareness of the condition I want to make my words public. This includes the non-edited raw truth about my life.I thought one day i would edit it and make it all nice and fluffy as i call it… but why? life isn’t like that and my aim is to show the truth out there so here we are. I started blogging on another site a few years ago but left all entries private… since deciding to “go public” I decided to move to blogger as they seem to have more features which I like…. so here it goes. (please bear with me while i move my blog over as this may take some time) Through going public I hope I will be able to raise awareness but also raise money in the aid of research for more treatments of the condition. so far this year my total is £720. Please give me feedback on my words and donate to my just giving page if you are able. 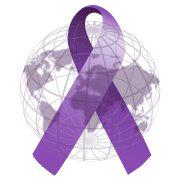